One of Nigeria’s six geopolitical zones, the South East (sometimes hyphenated as the South-East), represents the country’s inland southeast both geographically and politically. Five states make up this region: Abia, Anambra, Ebonyi, Enugu, and Imo.

It is separated between the Guinean forest-savanna mosaic in the dry north and the Cross-Niger transition forest ecoregions in the south.

Culturally, the vast bulk of the zone is located in Igboland, which is the native cultural homeland of the Igbo people, the largest ethnic group in the southeastern region, accounting for over 90% of the region’s population. 22 million people live in the region, which accounts for nearly 10% of the nation’s total population.

The two most populated cities in Nigeria are Aba and Enugu, which are also the tenth and fourteenth most populous cities overall. Other significant cities in the southeast include Onitsha, Umuahia, Owerri, Nnewi, Awka, and Abakaliki (in order of population).

From informal education found in our homes, churches, radios, and television programs to formal education made up of nursery, primary, secondary, and university education, education is a very important value in growing the next generation of Nigerians.

It refers to the type of education that students get after completing their elementary school or in preparation for tertiary study. It is designed for students in the 11 to 17 age range. The first secondary school was CMS Grammar School in Lagos when secondary education was first introduced in 1859.

There are also adult education programs and art schools, primarily music programs. Secondary education, the second stage traditionally found in formal education, begins around the age of 11 to 13 and typically ends at age 15 to 18.

The Federal Government of Nigeria stated two basic aims or goals of secondary education, which are:

(a) Preparing the recipients for higher education and

(b) Preparing the recipients for useful living within the society (Job).

The boundary between elementary and secondary education has increasingly diminished, both in terms of organization and curriculum.

Secondary schools are run and owned by private entities, state or federal government. A three-year junior cycle is followed by a two- or three-year senior cycle in second-level schooling.

But in this article, we would be talking about the top ten secondary schools in the five southeastern states altogether based on our research in no particular order.

The ranking of the top schools in Southeast Nigeria serves as a guide for parents and guardians who want to enrol their children in the best schools spread out across the region’s states.

The Grundtvig Movement of Nigeria, an NGO devoted to the advancement of “Education for Life” in Nigeria, is the owner of the multi-award-winning co-educational boarding school Grundtvig International Secondary School. For peaceful living, learning, and overall growth, the school offers a secure, cozy, and supportive atmosphere.

Grundtvig’s alumni are doing excellently well in their various fields of endeavor. For instance, Ona Jones-Nduka graduated from Babcock University in 2021 with a First Class Honours Bachelor of Science (BSc.) Degree in Accounting and received the sportswoman of the year Award.

At the Canadian University of Calgary’s Electrical/Electronic Engineering program, Kamsy Iwu was named valedictorian of the class of 2021.

Board members with experience supervise operations at Grundtvig. Dr. Kachi A. Ozumba, Prof. (Mrs.) Nnenna Oti, Mr. Patrick Akhidenor, Barrister Jay G. E. Ezeuko (SAN), and others are members of the Grundtvig board.

A full boarding, co-educational Christian secondary school, Princess Shekinah International School is situated on the outskirts of Owerri, the state capital of Imo State in the southeast of Nigeria, near KM 1, Ihiagwa Nkaramoche Road.

The school is in a good position to provide top-notch international education on a purpose-built campus that is lovely and tranquil and has cutting-edge amenities.

The school’s impressive performance in both national and international exams demonstrates to the globe their dedication to upholding their promise of excellence. The greatest educators in Nigeria and elsewhere are in charge of the school. In 2022, Princess Shekinah will undoubtedly rank among the top schools in Southeast Nigeria.

British Spring College was established as a private, worldwide institution to educate kids between the ages of 10 and 18 using cutting-edge technology. Because the school sets a high value on unmatched standards in everything they do, their students have achieved enviable results around the world.

The school takes satisfaction in giving every student the opportunity to succeed, realize their potential, and develop into highly qualified adults who are ready to meet life’s demands and exciting challenges.

The Catholic Diocese of Abakaliki owns the institution, a coed secondary school. One of the finest performing secondary schools in Ebonyi State, not just in Abakaliki, is Annunciation Secondary School. Even though the school was only founded in 2006, it has already developed into a fantastic center for learning.

The school places a very high value on discipline, academic achievement, and the fear of God (if this is quantifiable). The school is renowned for its fundamental practice of hiring excellent teachers to develop and bring out the best in the pupils.

Ikota Educational Foundation (IEF), a Nigerian not-for-profit trust with a registered address at Centenary Estate Along the Enugu Port Harcourt ExpressWay, is the organization behind the Hillrange Secondary School project.

The foundation seeks to advance social and educational initiatives based on Christian ideas and goals that advance societal advancement.

These initiatives are accessible to everyone, regardless of race or religion. In September 2017, the first group of pupils entered the school. The first educational endeavor of Ikota Educational Foundation was Whitesands School in Lekki Lagos, which is currently among the top schools in Lagos.

Hillrange is Ikota Educational Foundation’s second endeavor. The same pedagogical paradigm served as the foundation for both schools. A Board of Trustees oversees the foundation and selects a Board of Governors for each of its projects.

The school’s goal is to influence and grow boys in accordance with Christian values into competent, responsible, and content men who value and uphold truth, freedom, and the nation.

Premier International Secondary School is ranked first among private secondary schools in the southeast and first in the state of Abia. This institution has a long tradition of academic distinction.

Another excellent high school in the southeast, with a positive academic atmosphere. It is encouraging that the university has facilities including libraries, an electronic library, and laboratories.

The school works hard to cultivate a group of students whose intellectual development and moral development will equip them for positions of leadership and social service.

One of the oldest secondary schools in Nigeria is Christ the King College Onitsha. Located at Oguta Rd, Onitsha, Anambra State, in the southeast of Nigeria, it is a private coeducational institution.

The Irish missionaries started it in 1993. Since that time, it has consistently ranked among the top schools in Nigeria, and undoubtedly the finest in the southeast.

It aims to inspire, arouse, and direct the young hearts and minds in the direction of their greatest potential. The school’s mission is to equip young students with the abilities they will need to stand out in the future.

It’s goal is to promote, cultivate, and infuse a desire for virtue, discipline, and knowledge in accordance with catholic moral principles and as preparation for the journey of life.

The founder’s ardent passion for education and his determination to make acceptable changes to our educational system, which is characterized and plagued by lapses, inconsistencies, and academic ineptitude, crystallized into Pinecrest Schools, Enugu, a prestigious citadel of learning, providing employment to hundreds of people, making waves in Nigeria, and nurturing future leaders.

Building the best for the whole child is the school’s motto. The organization is dedicated to the long-term success of the students entrusted to its custody.

They are deeply invested in the welfare of their charges and are always making improvements to the facilities and educational initiatives created to meet their kids’ requirements in a constantly evolving world. As a result, since 2011, they have consistently led the way in education with an unmatched track record.

The school employs knowledgeable, devoted, and highly experienced teachers who are authorities in their particular fields and who teach using cutting-edge, creative, ICT-compliant, and modernized instructional facilities. They can be found at Independence Layout, No. 5 Pinecrest Avenue, Enugu East, Enugu.

It is one of the most reputable and well-respected secondary schools in the state of Ebonyi and has a long history of academic excellence.

The general code of behavior at Hope High British International School reveals what a remarkable learning environment it is and how successful it has been. Students receive a strong foundation for academic and behavioral achievement from the faculty.

Her Excellency, Dr. Mrs. Ukamaka Ominyi Egwu, the spouse of the first executive governor of Ebonyi State, is the institution’s owner. It is situated at Onwe Road, number 6, Abakalilki. It is a co-educational school located in a spacious, peaceful setting.

One of the top one or two secondary schools in Owerri, Imo State, Logos International School, Owerri is situated along the Onitsha-Owerri route.

The Watchman Charismatic Movement is a Christian sect that owns the school. Therefore, it is not unexpected that Logos International School strictly enforces discipline.

For the high caliber academic setting, the school has highly qualified professors and tutors in its ranks. Morals, intellectual prowess, and discipline are strongly valued at the institution. The school strives for excellence in all areas of learning and the preservation of the learning process for the development of human ability.

The ranking, which ranges from 1 to 10, is intended to represent the top secondary schools in the Southeast. However, the list of excellent schools in the region is endless, so it is not implied that schools that are not on the list are not deserving of recognition. 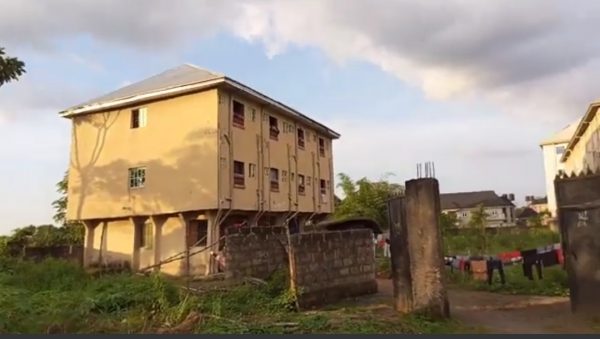 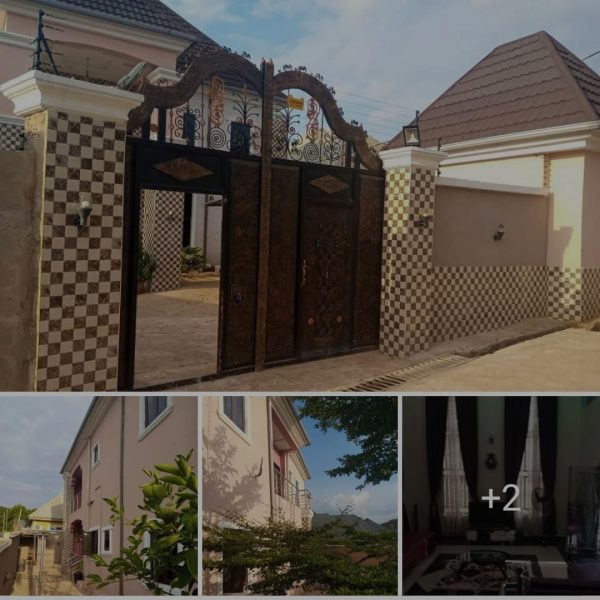 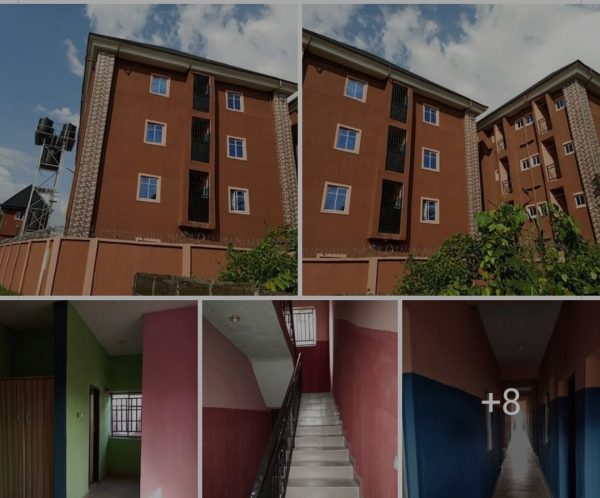 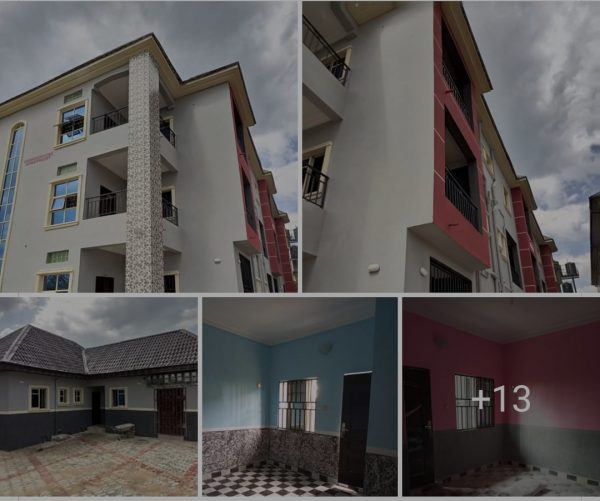 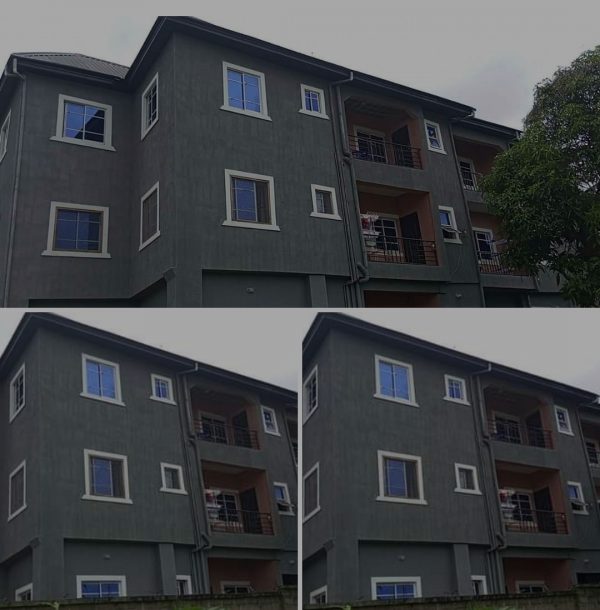